And I think none of them were really a "Cunning Single Lady" Whilst they all clearly never hide their love for money, at no point were they cunning and plotting for money. I think the drama perfectly potrayed that when you actually married for love and just bc you didnt get any kids out of that marriage, it doesnt mean all ties are so easily cut; wherein being widowed isnt just as easy as being single again.

Ae ra and jung woo were completely blessed to get a second chance at their once failed and incomplete lovestory - a choice to love or not love again.

It's not the case for the other 2 ladies. For the Team Leader, she supports them and tells them to enjoy it while they have it. Meanwhile Yeo Jin obviously felt it was unfair and cheated for people who screwed up once to have another chance whilst she didnt even get a day to be with her husband. After losing the only person who I supposedly cared abt her excluding her puppy brother since she hated her dad and her mum sort of hated her, I get it.

It couldve been handled way better and her characterization is one of the most disappointing thing of the drama. 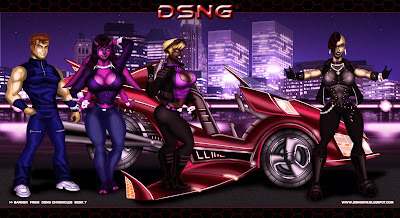 Couldve been a beautiful journey too, but it just became messy. But at least it was completely forgive-able cos at least the poor child got her mother back. Mothers are the best medicine.


So it was really So deeply appreciated! Enjoyed this drama! But a couple things that didn't make sense: 1. What was the purpose of the Team Leader's toothache that he made such a big deal about? I thought it would fit in somehow to the storyline but it totally had no purpose.

Why did the tarot death card come up?

Again, I thought it would serve some purpose, but it seemed totally random. I think the writers tried too hard at the end when JW proposed to Ae-ra to make it look like she wasn't going to accept. If all she was going to say was that she would stick by his side this time and wanted to marry him, why have her say, "No, I can't accept this proposal"?

And why have her stand up to say all that like she was about to leave? But I won't complain too much since it was a happy ending with a nice smooch at the end. I don't think there was a point. The actor probably had something wrong with his face so they made him have a tooth ache in the drama. You can see him covering a bandage with his hand. The Death card means the end of something, pretty soon after that scene we see SH proposing to him and wanting the responsibility of a second marriage.

Their first disastrous one is put to rest and they move on. I know that many of you have said it, but I have to say it too: I love, love this couple. Its one of my favorite couples of all the dramas I have watched. You know when some times you love just one part of the OTP, either the heroine or the hero and you are ok with the other one because its the one your favorite loves.

This time, I love both of them.

Its true that it took me 6 or 7 episodes to love Jung-woo, but when Dork Jung-woo returned with all his glory, I was dying of the overload of cuteness. Plus, after Good Doctor, to watch Joo Sang-wook being a dork was so satisfying.

And Lee Min-jung as Ae-ra, just great, i love her too. The casting for the leads was spot on. The dramas has it flaws and its true that after certain episodes I just skipped everything that wasnt the main couple. But just them made me wait anxiously every week to watch new episodes. Their growth was really good too, and maybe the other parts of the drama were uneven, but I thank the writer for the way she or he? I dont know managed the OTP. I really like the alternative story that purplecow made for Yeo-jin.

I just dont know why the writers love to make the female second leads really bitchy. Its the usual pattern: male second lead is perfect and we get second lead syndrome and the second lead females are clingy bitches. I know that its not always like this, but in rom-com is very common. Anyway, I was so happy with this drama well with the OTP. The cute killed me in a good way, it was amazing and I really need to watch Joo Sang-wook in more rom-coms.

There were several things I really enjoyed about this show, but my favorite by far was getting to see Joo Sang Wook be adorkable and really expressive for a change. I really hope he does more rom coms in the future. Where is my sweet, smart, devoted dork who has plastic-flower lovesickness?

I wonder what was wrong with Lee MJ's stylist. She is super beautiful, as the wedding pics at the end attest; as did the flash back of her being Exam Town Madonna. Giving her that awful hair style thru out the whole series should be a crime. I for one am very happy that Song Hee did not follow the team over to JW's new startup.

She can remain at DonTalk and be the snake that she has always been, working for Crazy Lady. Purplecow, thanks so much for recapping this series with odilettante. You did a fantastic job and I always appreciated your insightful comments. Episode 16 was a bit rushed. It felt like the writers sat down and made a list of all loose ends and just wrote one short scene after another.

So, although it gave me everything I wanted, I didn't feel as satisfied as I would have had the writers tied those loose ends with a bit more finesse I think the only loose end for me was Manager Kang's toothache, but then I realized that the story was probably created because the actor probably injured his face and the best thing to do is try to let that storyline die as soon as the actor's face recovered. Am I the only one that's bugged that JW did it again?

The results may have been different but that's not the point. The point, is that I wanted to see him act with more consideration for AR this time around. The three best things about this drama: 1. The writers remembered the "comedy", for the most part, from beginning to end and yet were still able to give us a heartfelt story. Most romantic comedies I watch are funny and cute only up to the halfway point. After that, the plot degenerates into angst-ridden drama. Joo Sang-wook - My golly. Lee Min-jung - I think, if a different actress had played across from JSW, he would have been stealing scenes left and right.

LMJ was brilliant during the sassy and comedic moments and turned AR into someone we laughed and cried with and, most of all, rooted for. JW and AR are one of my favorite couples in kdramaland of all times and it's largely thanks to the actors. Joo Sang Wook gained himself a fan for life.

I knocked off 2 stars because of their families mostly. Despite the ending, I still found the Guk family to be mostly all crazies, and her family except for the mother to be totally worthless. Or is Jung Woo a terrible programmer who can't write code that can be read by others? I found the editing and background music to be a little off in the last two episodes.

I thought with the preemption and all, they would have done a better job. First, thanks to purplecow and odilettante for the recaps! I enjoyed reading your stuff and hope to see you both again recapping more dramas. I also disliked how they made the Guk family so irritable because they had to be irritable. Seunghyun was great until he just could not take no for an answer.